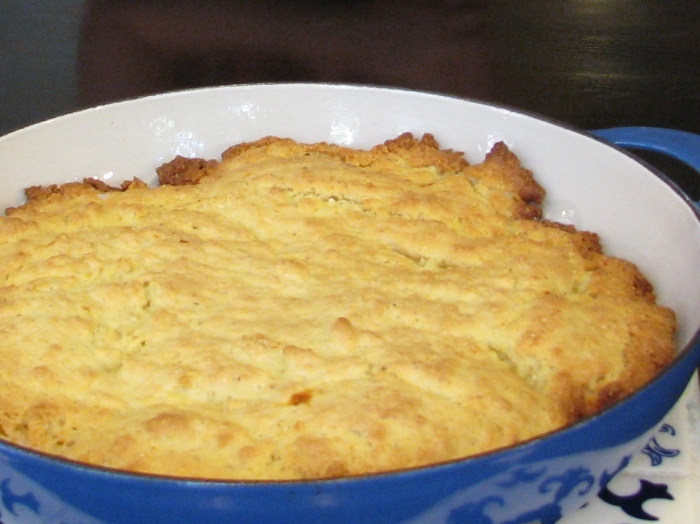 Last week we did a post on an American classic, Jambalaya, which we served at a dinner party with skillet cornbread, another homegrown American classic.  As promised, we’ll now see how to make this wonderful dish.

Skillet cornbread is primarily a Southern dish.  In the North, the tendency is to bake a sweeter, muffin-like concoction.  In the 1700 and1800’s, it was an incredibly simple dish – corn meal, eggs, milk, salt, sugar and a fat of some type – usually lard.   Today, most recipes (but not all) use butter instead of lard and they usually add flour with the cornmeal.  This produces a much lighter texture.

Cornbread has a long history in the South, especially during the American Civil War.  The following was written forty-three years after the end of the War, and published in the Confederate Veteran Magazine, 1918:

“I am an old Southern planter, past eighty-five years of age, in perfect condition as to mind and health, have lived on cornbread all my life, and feel that I can speak intelligently on the much-mooted cornbread question.”

“During the war I commanded the 1st Arkansas Regiment, consisting of twelve hundred men, and during the four years we never saw a piece of bread that contained a grain of wheat flower. We lived entirely on plain corn bread, and my men were strong and kept the best of health…”

“Going back a couple of hundred years, we find that this country was originally peopled by a strong, healthy race: the Indians, who subsisted entirely on corn.”

“We had pans with handles 12 or 15 inches long. We often came across flour or corn meal; sometimes bought it, sometimes otherwise. We would stir this up, make a batter of it, grease the pan well, hold it over the fire, keep shaking the pan to keep the slapjacks from burning fast.

“When we thought it time to turn the cake, with a slight twist of the wrist the cake would be thrown into the air, turn a somersault and be caught again in the pan. Sometimes half of it would hang out over the edge of the pan. Sometimes it wouldn’t hang at all, but drop in the ashes. Then we would always make the best of it.”  (From civilwarnews.com) 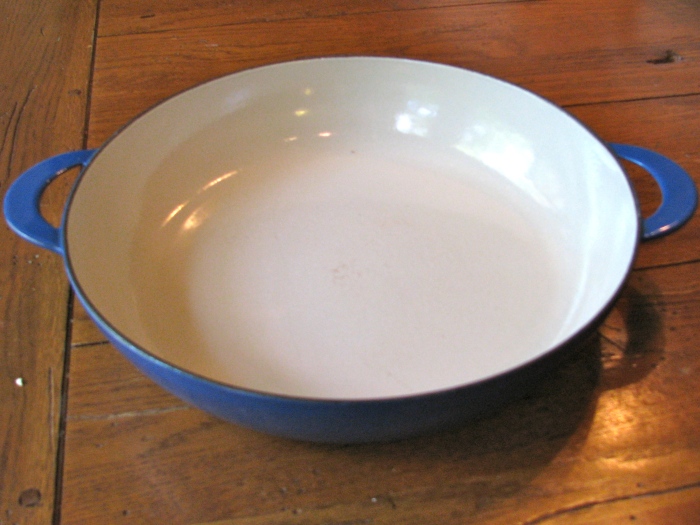 This recipe is based on a version that appeared on The Food Network called Gina’s Crusty Cornbread.   This is a made-from-scratch cornbread.  A friend asked why I don’t use the boxes of cornbread mix you see in all the stores.  I didn’t bother to answer – he is a lost to the cause of Bravado cooking and it is best that he continue to wander in the wilderness.

You can do many things with cornbread.  It is great with any soup, especially chili.  Eat it alone with butter or honey.  If you want to experiment, add some things to the batter like a little Jalapeño pepper or some red and green bell peppers, chopped and sautéed first.  Store in a ziplock bag and it will last for a week.  It is also easy to reheat in the oven or microwave.  BTW, kids absolutely adore hot cornbread. 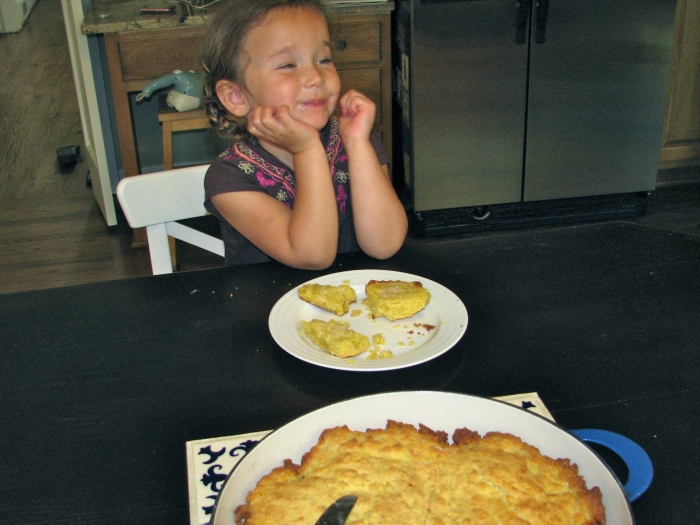