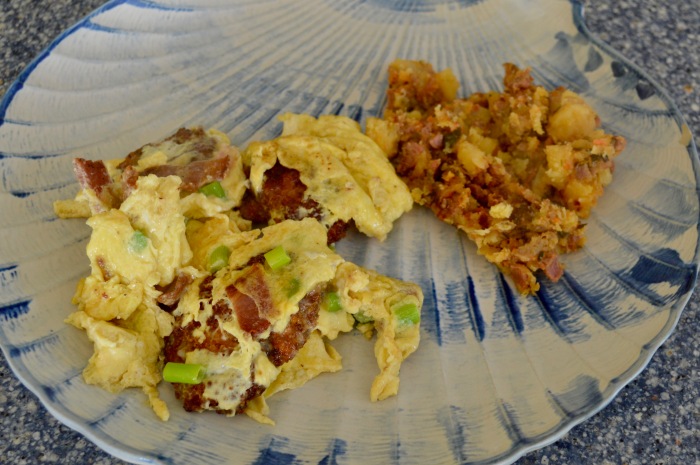 A friend of mine, who also happens to be a Federal Judge, invited me to breakfast last week and served Hangtown Fries.  This exceptional dish is basically bacon, eggs and fried oysters, and it has a very interesting history. 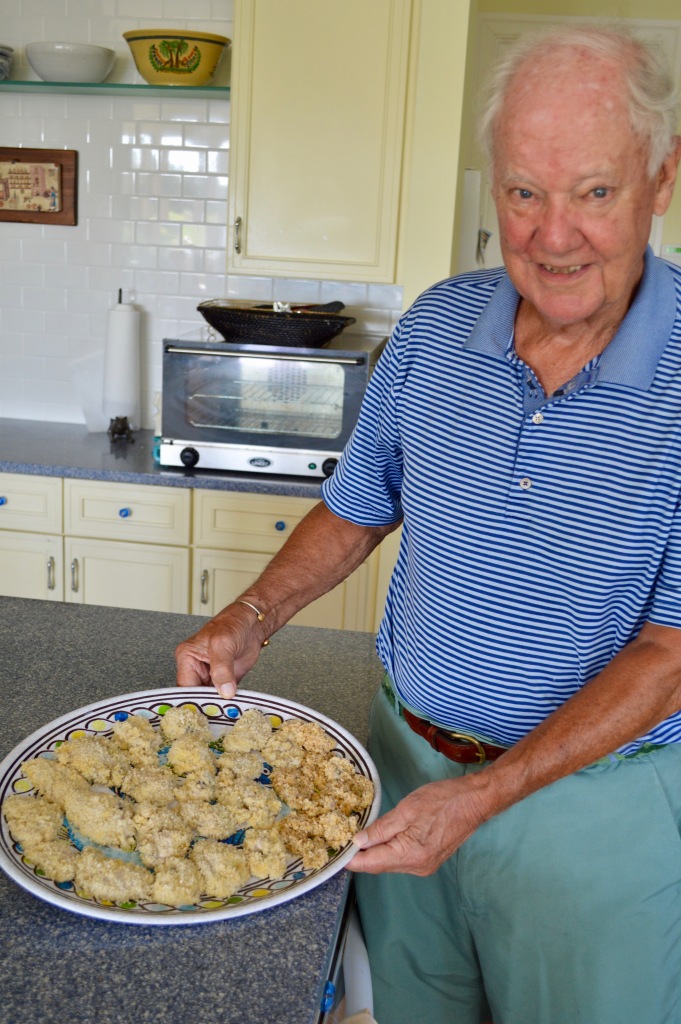 “Hangtown fry is a type of omelette made famous during the California Gold Rush in the 1850s. The most common version includes bacon and oysters combined with eggs, and fried together.[1] The dish was invented in Placerville, California, then known as Hangtown. According to most accounts, the dish was invented when a gold prospector struck it rich, headed to the Cary House Hotel (and bar), and demanded the most expensive dish that the kitchen could provide. The most expensive ingredients available were eggs, which were delicate and had to be carefully brought to the mining town; bacon, which was shipped from the East Coast, and oysters, which had to be brought on ice from San Francisco, over 100 miles away.[1][2] “[1] (https://en.wikipedia.org/wiki/Hangtown_fry)

Hangtown, by the way, got its name because it had a jail and a court during the Gold Rush days and business was allegedly very brisk.  On at least one occasion, there were three hangings in one day.

This dish became the traditional celebration for anyone who had struck it rich.  Every miner dreamed of hitting the mother lode and buying Hangtown Fries for everyone in town.   Word eventually spread and the Tadich Grill in San Francisco began to offer the dish in 1850, and they continue to do so today, almost 120 years later.

“The Tadich Grill is a seafood restaurant located in the Financial District neighborhood of San Francisco, California, United States. It is the oldest continuously running restaurant in San Francisco,[1]having opened in 1849 as a coffee stand. In the 1920s, the Tadich Grill claimed to be the first American restaurant to grill seafood over mesquite charcoal,[2] a traditional Croat method.”[2]

Oysters are relatively easy to get today with so many farming operations and an efficient supply chain now delivering high quality product at a reasonable cost.  Most seafood stores or departments in large supermarkets will sell shucked oysters.  If you are more daring, you can usually buy a box of about 50 unshucked oysters for about $50.  Don you shucking glove, get out the shucking knife and go to it.

Here’s how you make Hangtown Fries:

This dish produces a great breakfast party.  You can serve it with homemade corned beef hash, fruit or some warm pastries.  If the crowd is so inclined, break out the Bloody Marys and the Mimosas.